Hey everyone, Christmas is drawing near and I thought I’d share some  easy last minute gift ideas, for those that have left getting gifts for the end of December. With only a couple days left before Christmas I’d say the best thing to do if you haven’t got someone a gift yet is first to NOT PANIC. While last minute gift shopping can be super stressful, it can also be fun! 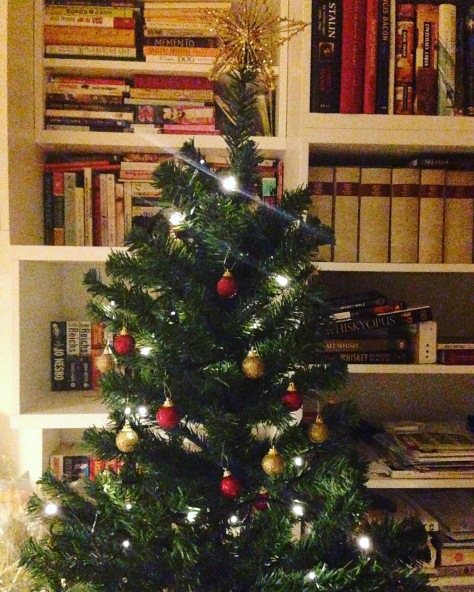 My sister and I have a tradition that we go shopping together on the 23rd for those last few gifts and it gets us into the holiday mood for the next day. (We’re half Jewish so we don’t take Christmas that seriously, but still, we like the holiday.) I’d say  it will be easier to get late gifts in-store versus online, because delivery usually takes longer than two days, but some places have next day delivery, so online shopping is still an option if you can’t get to a store.  Another thing you can do if the gift won’t arrive in time is to print out a picture of the gift and put it in an envelope with a personal note and wrap that up as a gift. M did that one year and it ended up being such a sweet memory, more the  note than the gift itself. He ordered a kindle for me and it was due to arrive early January, he wrapped up a small empty box with a photo of a kindle taped on it and a funny note (“This is not a kindle, but an empty box and a promise of a kindle to come…”) I loved that kindle, but no longer use it (I actually broke it accidentally, then I had a kindle fire for a while and now I use a Samsung Note) so the funny way he had wrapped it and presented it was in a way even better than the gift itself, at least in the long run:)

For my last online shopping idea, you could also get someone a printable voucher or printable tickets although to be completely honest, I have a mixed opinion on vouchers and ticket gifts – unless you know the person quite well, giving tickets as a gift can be difficult (is it for something the person really likes and wants? Are you sure the person doesn’t have a prior engagement? So yeah, that can be really hard.) The same goes for a gift card as a gift – it’s basically the same thing as giving money as a gift and while it is super nice and all, it does kind of lack originality. But then again, it’s better getting a gift card where you can pick what you want than to get something that doesn’t suit your style at all, so as a last resort a gift card can be a life saver.

One of my favorite gifts to both give and to get is a book (or even a book shop gift card or kindle voucher or something would be great). If you don’t know what kind of books the person reads but do know what kind of things he/she likes in general, getting a coffee table book can be a great gift. I like to give M art books as he really likes them (this year I got him, among other things, this huge 100 contemporary artists book(s) that I know he will enjoy.) Or getting a book about fashion, sewing, sports, whatever that person likes.

I actually usually give books as gifts to all my friends and family. This year I’m giving M’s mum Marisha Pessl’s second novel Nightfilm. We were discussing the book a while ago and she had said that she would be interested in reading it so I got her the Czech translation (I hope it’s as good as the original!).

Another favorite gift is anything from Lush (I’m giving  gift boxes to my best friend, my sister. my brother’s girlfriend and also a sneaky gift to myself.) I also like to give DVDs of movies I know the recipients will enjoy (a reoccurring gift to my parents as they never buy movies themselves and then just watch the same ones over and over again).

Another frequently used idea is being someone art/something for their home. I bought a lovely clock for my brother one year and M always bought his brother a vase. Last year my brother gave me a really lovely framed photograph which he himself had taken and I love it. This year M and I bought ourselves a painting for our living room which is very cool. It’s a bunch of comic book covers and fits our style very well. 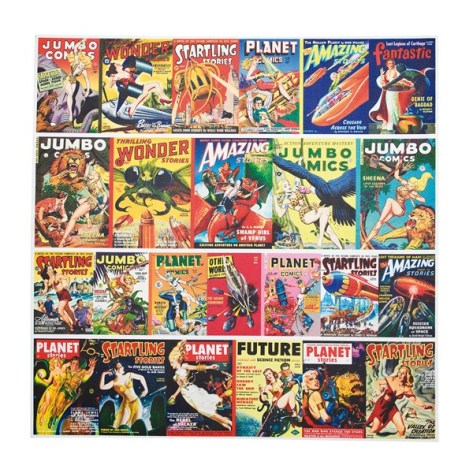 And something for the home reminds me that appliances can be great gifts, though they can be quite pricey. It can be a good idea to get others involved, this year my sister, brother and I got a new stove and oven for our parents. They loved it (they had needed a new one for ages, their oven stopped working and they had just kind of ignored it and cooked only on the stove, my parents are lovely people but they sometimes forget to take care of themselves the same way they would take care of others, so we have to look out for them:) as it was something they didn’t have the time to do themselves (crazy workaholics, they never take time off). M and I ordered it, I went to my parents’ house to overlook delivery and then they got it hooked up themselves (and my siblings and I each paid an equal part of the cost so all in all I think it was one of the best gifts).

My favorite of who to buy gifts for are my pets, as  I feel they really enjoy anything they’ll get. With Buddy gone, I only have Bunny Bananas and M’s parents’ dog to give to this year. I got Indy a chew toy and Buns is getting a tunnel and some snacks. And while we’re on the topic of pets, NEVER GIVE SOMEONE A PET AS A GIFT! An animal is not a toy and is actually a big responsibility! You can never know if that person is able to care for a pet, has the time and resources to take care of the animal and so many animals end up in shelters after the holidays, it is really sad.

Another thing I wouldn’t add to this list is giving someone homemade gifts. While I love the idea of homemade gifts I wouldn’t go that route again. I tried it once and the gifts took AGES to make and I felt that in the end, they weren’t received with that much enthusiasm. I would have loved them myself but I guess the recipients, well, what to say, some people just aren’t that nice really and are more materialistic than anything. But let’s forget about that:)

I think gifts are a nice part of Christmas but I don’t think  they are the most important. Being with friends and family, that’s what it’s all about. (And eating good food!) Enjoy your holidays, stay safe and  don’t fret, even small gifts are good gifts as it’s the thought that counts, xo.