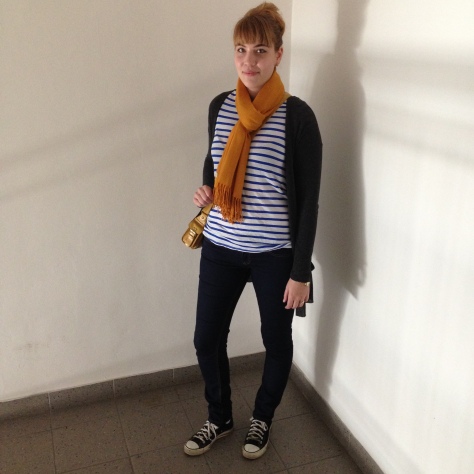 The last of my weekend outfits is this one from Sunday. I kept things casual with my oldest pair of shoes, my converse trainers. I’ve had these shoes since I was about fifteen. By now they don’t really look like the product image as they are beaten up and Mr. Pig has eaten parts of the laces (which I have been too lazy to replace, ops). Plus I happen to think that converse whose look better when they are all “lived in”. The rest of my outfit was a pair of skinny jeans, a thrifted mustard colored bag, M’s scarf, a striped tee (Zara) and a sweater that I DIYed (it used to be much longer, also from Zara). 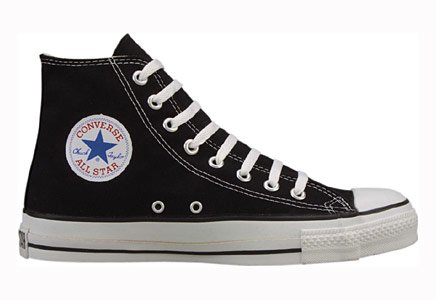 Anyways, this outfit is also from Sunday. After the long pig walk M and I went to lunch and then we went to my parents’ house for tea, and to visit Buddy, my bull terrier.

Buddy is, obviously, the best dog in the world. He is funny, adorable and kind, but mostly lovable. He is also incredibly hard headed 🙂 but that’s typical for bull terriers. I wish he could live with me but he’s better off at my parents’ as they have a house with a garden and he is used to having a garden, so living in a flat wouldn’t be ideal. Also my parents love him and it would break their hearts if I took him, so that’s why he lives with them.

Buddy had an operation last week but he is doing really well and seemed better than ever over the weekend. He’s like a puppy even though he is already thirteen years old. I got him when he was three and a half years old (from the pound) and I couldn’t recommend it more, dogs from the pound are loyal and grateful and they will love you forever if you give them a chance. I’m thinking of writing a post all about Buddy’s story so I won’t say anything else right now. But if you do give a dog (or cat) from the pound a chance, you won’t be disappointed.